Be the first to know! Get our best charter deals! 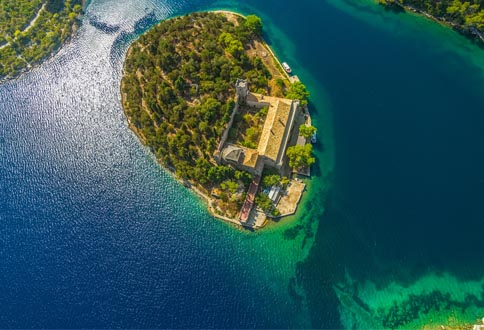 Mljet lies near the peninsula of Pelješac, at the south end of the long chain of Dalmatian islands that ends at the port of Dubrovnik. It is the eight largest Croatian island. The northwestern part of the island has been a national park since 1960, which many regard as the most alluring in the Adriatic, full of lush and varied Mediterranean vegetation. It is a beautiful area of 5.375 ha featuring two connected salty lakes, the Great Lake with a depth up to 46 m, and the Small Lake with a maximum depth of 29 m. The sea around the island is deep with an abundance of fish. It is unspoilt island covered by a dense Mediterranean forest, well-known for its red and white wine, olives and goat's cheese. 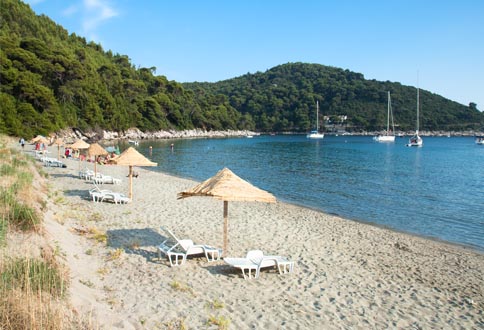 Mljet is familiar for the lovely beaches which are situated near the villages or which you can visit only by boat. Early swimming in the crystal clear sea is a unique experience here. Pomena has a shallow swimming pool and it is convenient for children and older people. Saplunara is a beautiful sandy lagoon situated on the southeastern part of the island. It spreads one kilometer by the coast and is ideal place for resting. Next to the Saplunara Bay is located Blaće beach. It is isolated, never crowdy and often visited by naturist. In the central part of the island, near the settlement Babino Polje, is situated a beautiful sandy bay Sutmiholjska. This fishing place is beautiful because of its sandy beach with some rocky parts. 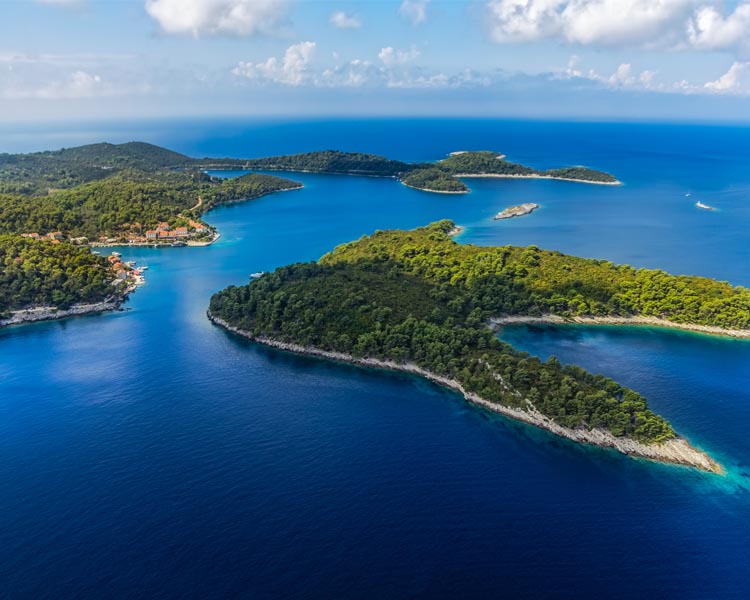 Located at the west end of the island Mljet, it is very safe place for anchorage, being sheltered by the tiny island Pomeštak. 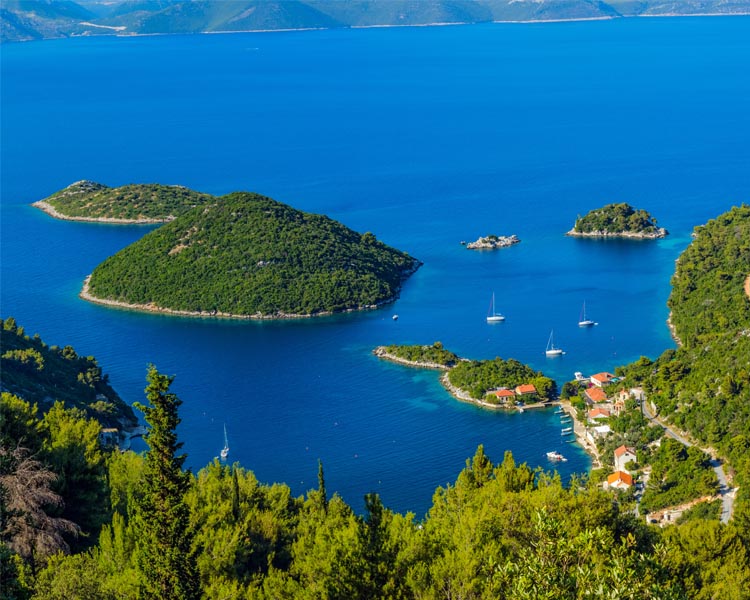 Situated on the north coast of the island Mljet, the harbour is exposed to the bura wind and north-westerlies.

The largest and most sheltered harbour on Mljet. It is very popular among yachtsmen to do their anchorage there.